How it all Started

In July of 2015, Paul received a homemade recipe book as a gift for his wedding. It was one of the coolest gifts he received. We thought to ourselves, maybe others would want the ability to create these recipe books as gifts. And so, Recipeasy was born.

The original MVP for Recipeasy was a simple Etsy store, highlighting the product of a homemade recipe book. However, validating this concept proved to be challenging. The market was hard to connect with. The recipes and assets were low quality. And the pricing just didn't make sense. But in the effort to learn about this idea, the Recipeasy team had connected with a few food bloggers.

One day we asked food bloggers how they create e-Books. The answer we received was consistent: "It's really hard and time consuming." And so, a pivot was in order.

A few months later, after multiple customer interviews, and one sale, Recipeasy was launched as a service to design and create e-books for food bloggers. We are learning a lot as we go. And are having a blast doing it! Bon appetit. 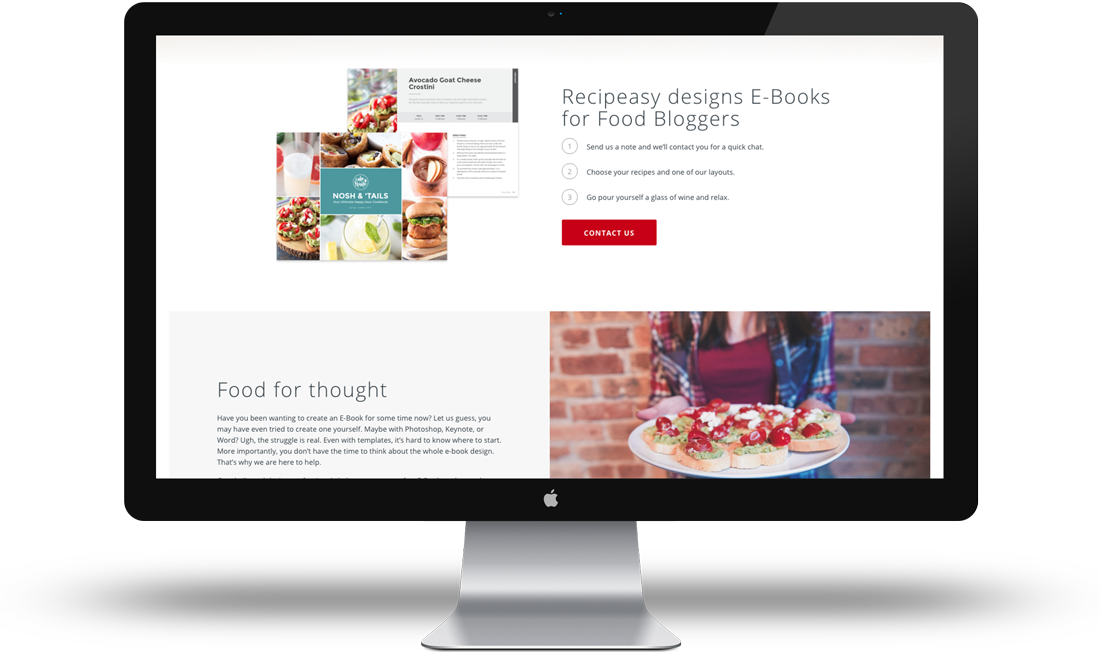 Our mission is to help you grow your business with technology. Are you ready to launch something great?

We are looking to add a few more mission critical people to our team. Do you want to be a part of our next big launch?